There’s a good reason why Aspect Hunter School in Sydney, Australia incorporates a small, robotic ball called Sphero into their lessons: it helps their students, all of whom are on the spectrum, learn better. The roughly 130 students at the school currently have 30 Sphero robots to use in the “classroom,” which includes everything from the traditional classroom to the outdoors, and the little round robot is tough enough to handle it all.

Sphero is a programable round robot which moves by rolling, lights up different colors, vibrates, and makes sounds. It can be controlled by a smartphone or tablet and can even be used as a controller itself when programmed for different games. It is extremely durable, making it nearly impossible to break, and is even fully submersible and waterproof – the perfect type of learning toy for students.

“A big goal of our students is to express themselves: To use language, and listen to the language of others,” said Principal Craig Smith. “It can be really hard to find things that are interesting enough for them to have those dialogues with each other. With something like Sphero, we can’t hold them back. They’re eager to make them work and they just love the outlet of having a really visual, interactive way to engage.” 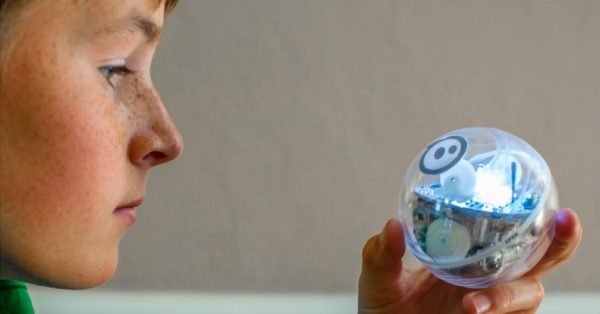 What makes Sphero such a great learning tool for students on the spectrum is its multiple uses. First of all, the robot comes with a variety of games and educational apps to help the children learn. These include color games (similar to flash cards) and other applications that teach basics and can even be applied to ABA techniques, as well as interactive games that promote social activity like playing tag with the robots. On the more advanced side of Sphero is the coding aspect, where students learn to program the robot themselves using computer code. By integrating the robot into coding assignments, students are able to see the practical application of what they are doing instead of just seeing it on a computer screen. For many, learning coding is seen as a vocational education, since it is something the students can use later in life when looking for a job after finishing school.

The robot is also helping students on the spectrum with daily activities, Aspect Hunter School found out after introducing them to the school. He said that some students who were uncomfortable leaving their classroom or going to new areas of the school were able to do so without a problem when it was a project with Sphero.

“Early on, we found that if we let them guide Sphero: ‘Let’s take Sphero for a little adventure around the school,’ they would actually, with no trouble, go into the assembly or sport hall if they had Sphero with them. It’s almost like they were brave and overcame their anxieties for the sake of showing Sphero,” Smith said. 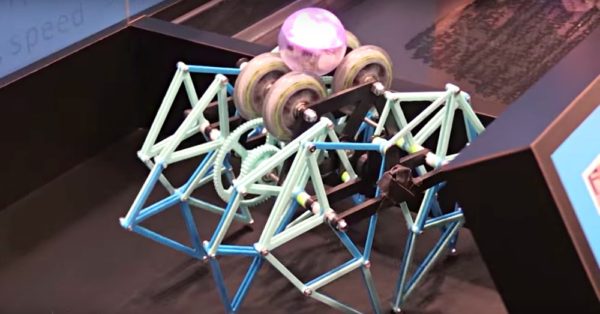 Fun, educational, durable, and multi-faceted, Sphero is quickly turning into one of the best “toys” to help students on the spectrum learn in school. What has many so excited about it, especially the students who use it, is the nearly endless possibilities that Sphero provides since the students can program it themselves. That programing can range from learning basic coding skills to start with, then creating maps for the robot to travel around, making games that others can interact with, or creating apps for the Sphero from scratch. In short, it is a technological tool that helps students on the spectrum learn and improve educational, behavioral, and social skills.

Want to know more about Sphero? Check out this video from The Happi House—a television series presented by Creative Kidstuff. From easy, inexpensive DIY projects to activities for kids to yummy recipes to clever life hacks, The Happi House gives you all sorts of tips and ideas you can use to make your home a little…well, happier! Check it out!