When you think of devastating eating disorders like anorexia, you might think about strict societal standards of beauty and young women and girls who are unsatisfied with their bodies. But do you ever think of autism? Probably not, I’d venture to guess.

Yet autism and anorexia are more closely related than you might think. In fact, anorexia has been called “The Female Asperger’s” because we’re so much quicker to give a woman an anorexia diagnosis than an autism diagnosis—when in reality, the autism may be the root of her anorexia problem. (Could this be another reason for the gender discrepancy among those on the spectrum?)

In any case, it’s important that we investigate those ties—not just for people with autism, but also people with anorexia, who may have fallen under detection for autism.

Similarities Between Anorexia and Autism

People with autism are more likely to develop anorexia, and people with anorexia often have traits of autism. In fact, a 2014 study found that a quarter of patients with anorexia scored highly on Autism Spectrum Quotient tests—so even if they didn’t qualify for an actual diagnosis, they still possessed many autism traits. Other studies have found that these autism characteristics remain, even after receiving treatment and recovering. 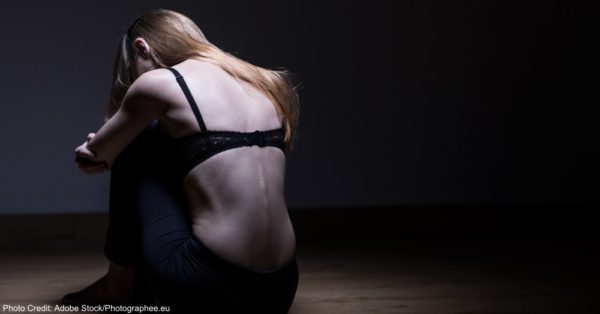 This may seem strange at first, but look a little closer and you’ll see the connection between the two disorders. People with anorexia tend to…

Sound familiar? You’ve got it.

What Drives Anorexia in People with Autism?

For many people with anorexia, the driving factor behind their disorder is a fear of being fat. However, that does not always seem to be the case for people with both anorexia and autism. Their disorder may be driven by other factors:

Some people with autism have such severe levels of anxiety that the only way they feel they can control it is by starving themselves and exercising compulsively. If you’re familiar with Maslow’s Hierarchy of Needs, you may know that our most basic human need is physiological: we need to eat, drink, etc. That means when we’re deprived of food we won’t be able to think or care much about anything else—not even personal safety. So it makes sense that self-starvation would be a (very negative, very unhealthy) way to curb anxiety and feel more in control. 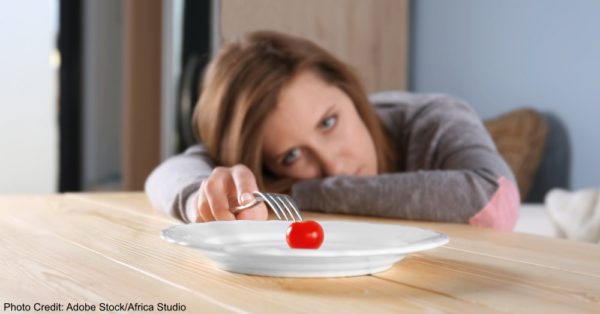 Many girls, particularly on the milder end of the spectrum, tend to more or less make it through early childhood pretty easily, when the social scene is relatively simple. But as they get older—say, junior high—social interactions become much more complex and that’s when they really begin to struggle. Some girls diagnosed with both disorders have explained that, even if they struggled to fit in socially, they felt they could fit in better and be more like the other girls if they were thin. So girls in this situation may develop anorexia.

Did you guess this one already? Many people with autism—whether or not they have anorexia—have sensitivities to various flavors, textures, and smells of food. As a result, eating might become a source of stress, and some might not eat much at all.

People with autism and anorexia may become obsessed with exercise to the point where it becomes compulsive and unhealthy, or they may become so obsessed with a certain food that they end up eating that one thing alone.

As it is right now, recovery rates for anorexia are not exactly ideal. About 60 percent of patients make a full recovery. Two to 20 percent of cases end in death, depending on whether they obtained treatment or not, respectively. (Not-at-all-fun fact: out of all mental illnesses, eating disorders are the ones with the highest mortality rates.) And the remaining percent either bounce back and forth between sickness and health, or they face ongoing struggle with the illness for the rest of their lives. 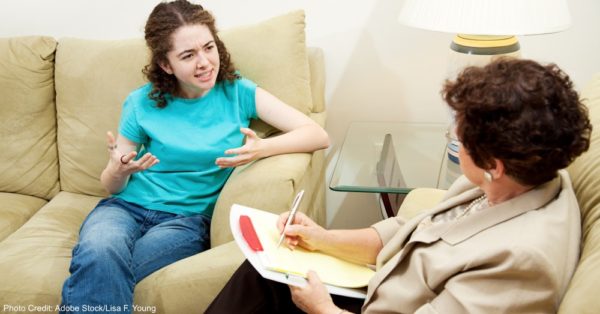 This begs the question: Are we not treating it in the best way we possibly could?

At the moment, much of anorexia treatment relies on group therapy, family therapy, and psychotherapy. And for people with autism, that may not be the best way to go about it. One-on-one treatment may be more effective for those with both disorders. The interconnectedness of the two disorders suggests that even those without autism may benefit from a different approach to anorexia treatment, too.

Of course, this is speculative at the moment. We need more research to find out what could best help those with eating disorders.

Although the percentage of people with both anorexia and autism is relatively small, the fact that the two disorders are so closely connected is enough to merit more research, more attention, and more awareness.

Parents, friends, and family need to be on the lookout for anorexic tendencies in their loved one on the spectrum.

And all of us need to spread the word. Because it just might save a life.