Over the years, there has been no shortage of rude notes written to parents of autistic children. One mom was told to get her son a muzzle. Another was told, “keep your son away from ours.” Yet another called an autistic child a “brat” and the r-word. While many people tend to be understanding and sympathetic toward autism parents and autistic people, there are others who just don’t get it.

A neighbor in Brisbane, Australia, is one of them.

Magenta Quinn has a 17-year-old, nonverbal son on the spectrum who tends to engage in vocal stims. According to her, these noises are as natural and necessary to him as breathing. But her neighbor didn’t seem to understand that and sent an anonymous letter. 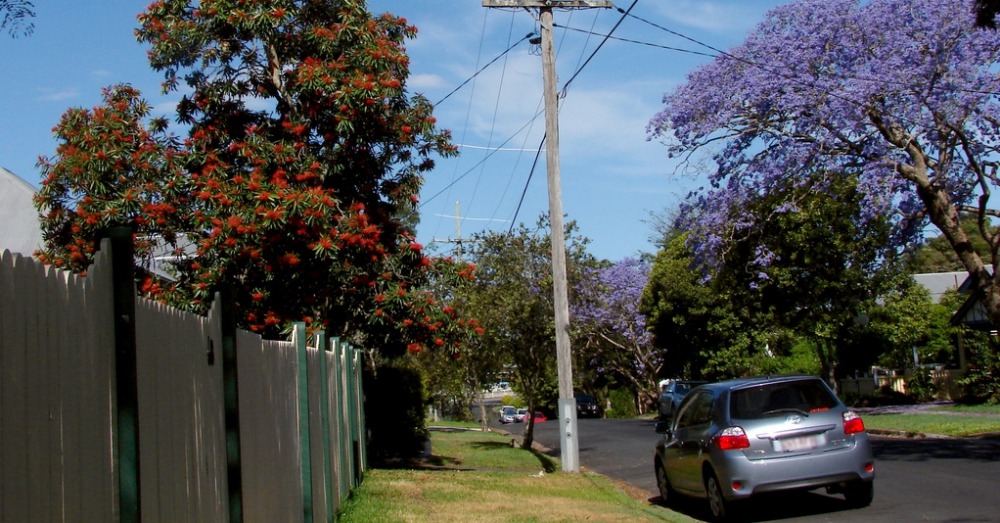 The message reads as follows:

I am one of your neighbours and wish to remain anonymous to avoid any conflict. When you moved in we heard these strange moaning and shouting coming from your garden every day and night, for which we were concerned may be illegal activities, so we contacted the police who in turn have visited your premises. They informed us of your situation that a person in your family is suffering from a mental illness and that was the source of the noise.

Whilst I sympathise with your situation is it is [sic] a very disturbing noise that comes from your garden continuously, every day, sometimes late into the night. It is not fair on the community to have to bear this disturbance especially as it occurs daily.

I would kindly request that you would consider your neighbours and try to limit the amount of time that is spent in the garden such that we do not have to listen to the disturbing noise daily and sometimes before 6am.

I am giving you the opportunity to help us live together in this community without it becoming a constant battle.

If this continues at the regular intervals it has been, I intend to make formal complaints against your address to council to help resolve this issue.

Quinn posted the letter to Facebook to speak out against the neighbor’s bullying. Many people responded with words of support. 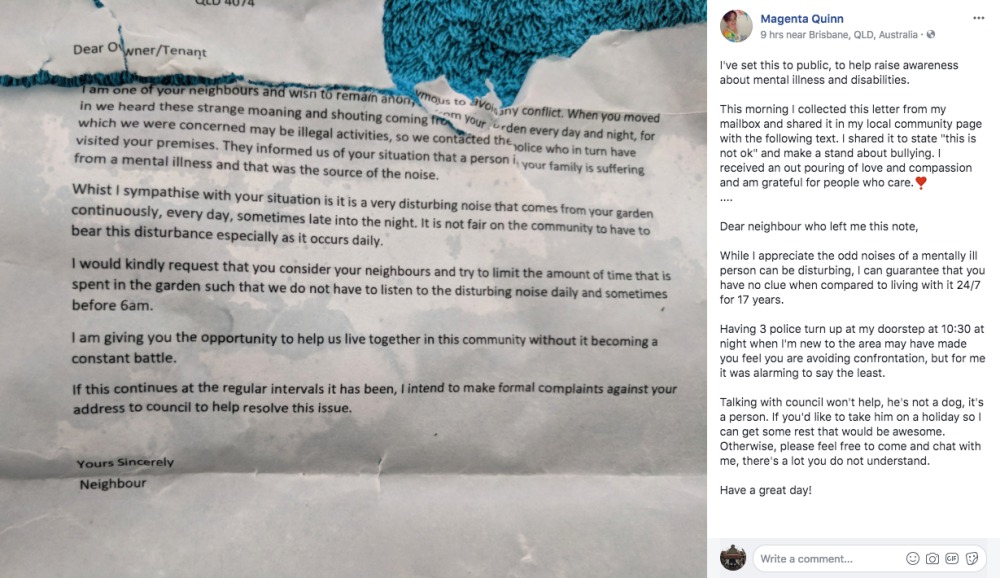 The letter also incited outrage from Autism Awareness Australia’s CEO, Nicole Rogerson. “I can’t imagine having a life so devoid of anything that your biggest complaint is a boy next door making noises in his garden,” she said. “Buy a radio and get a life.”

Luckily, even if the neighbor does end up contacting the local counsel, Rogerson says their complaint will probably get ignored. “I can’t imagine any council in any way, shape, or form having action towards the mum just trying to raise her kid with a disability.”

Besides, Quinn’s son has every right to get out of the house and be himself. “Do I lock him in the house from 8 at night to 8 in the morning?” Quinn remarked. “What do they expect? There’s no compassion from these people.”

This just comes to show that we need to change our prevailing attitudes toward autistic people. They are a part of this world, too, and they should not be barred from society for the comfort of other people.

9 Ways You Can Respond to Rude and Ignorant Comments: Click “Next” below!