It’s a pretty well-known fact in today’s society that there are many amazing people on the autism spectrum. We can find stories and lists all over of celebrities with autism and people on the spectrum who have done extraordinary things. But there’s one thing you may notice when you look at these stories: lots of these individuals are on the milder end of the spectrum! We at The Autism Site, however, believe that people all over the spectrum are “auesome” and capable of great things!

So we’ve compiled a list of people all over the autism spectrum who have done great things—from celebrities to savants to people unable to speak to people who have overcome their most difficult symptoms. Check it out and take a few minutes to celebrate all the amazing individuals with autism who have touched our world…and our hearts. 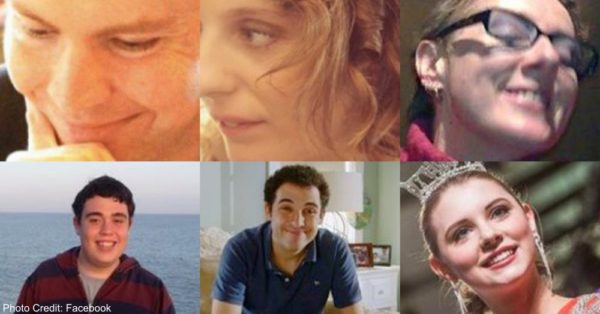 Ido Kedar is a bright young man with autism and is the author of Ido in Autismland, both the book and the blog. Though he cannot speak, he’s an eloquent communicator and writer when he has a keyboard in front of him. He writes for those with “severe” autism, educating people about his particular condition and struggles, and demonstrating that many people with autism are emotional and intelligent people hidden behind blank affects and motor difficulties. He’s undoubtedly had a huge impact on countless people—myself included.

Learn more about nonverbal autism and intelligence—including some words from Ido—here.

Stephen Wiltshire is a savant on the autism spectrum. He is known for his incredibly precise, detailed drawings of various city skylines, from New York City to Rome. In spite of his incredible abilities, it was believed he would never walk on his own.

In the spring of 2016, Aaron Cahal—a minimally verbal man—heard what he described as a “scary cry.” It turned out that a local toddler had fallen into a pool and would have drowned if Cahal had not taken action. Through typing out Facebook messages and posting pictures, he was able to alert the police to the situation and indirectly save the child’s life.

In 2012, Alexis Wineman became the first Miss America contestant with autism. The former Miss Montana was diagnosed with PDD-NOS at age 11 and struggled with bullying, but she entered the national pageant to prove that she, a shy, quiet girl who had an affinity for hoodies, could get up on stage and compete in front of an entire country. She wants the world to know that autism doesn’t define her; she defines autism.

When Erik Weber was young, he developed autism. Doctors predicted that he would remain a cognitive toddler for life and advised his mother to place him in an institution. But Weber proved them wrong; he became a star athlete at the Special Olympics and, more recently, became a lawyer. As of 2015, he was hoping to practice special education law to help others like him.

Though Emma Lynam, a woman with Down Syndrome, hearing difficulties, and mild autism cannot read or write, she runs her own business. How? By shredding paper! She works for businesses by shredding their unneeded but confidential documents. This kind of job turns her inability to read into a strength: businesses know that the documents they give her will remain confidential, as she cannot read what they say.

Christopher Duffley is a blind teen with autism, but he doesn’t let that stop him. This young man is an incredible singer who shares his talents to bless others.

Watch him as he blows away Fenway Park with his rendition of the National Anthem.

Martin Finn is nonverbal, but he sings like an angel. He can repeat any song he hears, including ones in a foreign language, like Spanish!

Check out his rendition of “Beautiful” here.

Donna Williams was the first person with autism to write an international bestseller, Nobody, Nowhere, and has since been working as a writer, screenplay writer, artist, musician, and sculptor. Her past, however, was very dark; her own father called her a “feral child,” back in the day when autism used to be known as “infantile psychosis.” She was born to a dysfunctional family and became homeless at one point in her teenage years. She largely lacked receptive language and novel speech until ages 9 to 11, and she dropped out of school at age 15, only to return at age 18 and earn several degrees, one of which was an honors degree in Sociology.

Tyler Gianchetta became a hero when he rescued his mother from a burning car while nursing a broken hand. He was riding in the car with her when she suddenly blacked out for an unknown reason and crashed into a tree. Gianchetta pulled her out of the car and to safety—just in the nick of time as the car burst into flames.

You may remember when Susan Boyle gained immediate fame in 2009 when she sang a spine-tingling rendition of “I Dreamed a Dream” on Britain’s Got Talent. She was later diagnosed with Asperger’s Syndrome—which came as a relief to her, as it was an explanation for her learning difficulties and squelched her prior misdiagnosis of brain damage. 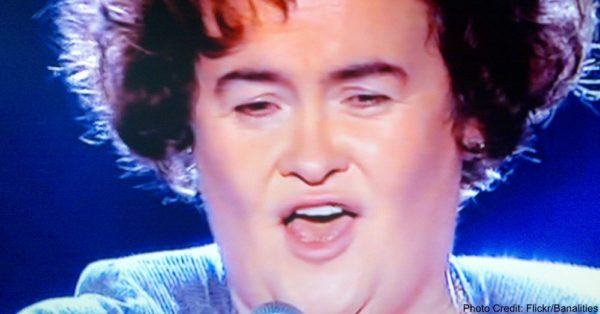 Another individual whose full potential was unleashed through the use of AAC, Dylan Barmache was the star of a heartwarming ad from Apple in April 2016. Like Ido, he was once believed to be intellectually disabled, as he couldn’t speak. Luckily, through the use of his iPad, he finally demonstrated that he was intelligent, funny, and full of thoughts and words. He even delivered a speech at his school’s 2014 graduation.

Nonverbal until age five, kicked out of two preschools, and a potential candidate for institutionalization, Kerry Magro defied his own personal odds by becoming an award-winning speaker and writer.

Read about his book on love here.

Another nonverbal individual on the spectrum, Gordy Baylinson learned to type through Rapid Prompting Method (RPM) at the age of 14. In the summer of 2016, he became the star of a few news articles for writing a beautiful and eloquent letter to his local police department, explaining how to identify and work with people who have nonverbal autism. Seeing how law enforcement had historically treated people on the spectrum impelled him to speak up.

Kreed Joshua’s story was documented in a YouTube channel, Kreed’s World, by his parents. He was a YouTube star with nonverbal autism who also used AAC to communicate. Though he suffered from a number of medical issues—which eventually led to his tragic passing in May 2016—Kreed was a tough cookie who saw the beauty and value in life and lived every day minute-by-minute.

Find our tribute to him here.

A self-advocate, Amythest Schaber has created an incredible YouTube series called “Ask an Autistic,” where she answers questions about autism using her firsthand perspective. She is incredibly smart and well-spoken, and she is an avid proponent of autism acceptance.

Listen to her explanation of autism here.

A nonverbal young woman, Carly Fleischmann is the co-author of Carly’s Voice. Like Ido, she shares her firsthand experiences with nonverbal autism, proving that an inability to speak doesn’t equal an inability to think. She also recently gained recognition for her amazing and hilarious interview with Channing Tatum on her new talk show, Speechless with Carly Fleischmann.

Learn more about her here.

Gavin is a young man with Asperger’s, an incredible heart, and wisdom beyond his years. In 2015, he was senselessly beat by bullies he didn’t even know because he was seen by others as “weird” and “creepy.” The assault imparted him with a fractured nose, bruised esophagus, slight concussion, and hematoma in his eye. He had the option to press charges against his attackers, but he declined; instead, he ordered them to complete disability-related community service, write an essay on Asperger’s, and watch a video he’d made, explaining his take on the incident—an incredible act of grace and kindness.

Robert Gagno, who used to be nonverbal until the age of seven, is the sixth best pinball player on Earth. Other pinball players go to him for advice.

Watch the sneak preview to the documentary of his story here.

Until the age of two, Owen Suskind developed like a typical toddler but then suddenly developed regressive autism and lost all his speech. For years, his parents were unable to “reach” him. Then one day, something incredible happened: Owen started speaking in Disney quotes. Using that as a springboard, his parents helped him re-develop an ability to speak in novel sentences. His story has been captured in the book and (more recently) movie, Life, Animated.

Many people with autism are picky eaters due to sensory sensitivities, and Chase Bailey was one of them…until he became interested in the Food Network at age eight. Now the young man cooks prolifically and runs his own YouTube-based cooking show, Chase N Yur Face. He hopes to run his own restaurant someday and have his own reality cooking show.

Did we miss anyone? Share with us an incredible person with autism who YOU know and love!