We’ve all seen those sweet, inspirational news stories before. Stories of people acting or reacting out of human kindness, stories that give us hope for humanity, stories that make us feel the world isn’t such a dark place after all. Whether you love ’em or hate ’em, here is one that I feel is just a little bit different from all the others. The message behind it will give you hope, inspiration, and motivation to spread autism awareness as far as you can.

Our story opens with Shaina Murry, just another passerby in the Dallas airport. She was on her phone and searching for her gate when she encountered a man lying on the floor, clearly in distress of some sort. She went to help him, asked a few questions, and decided he needed medical assistance. 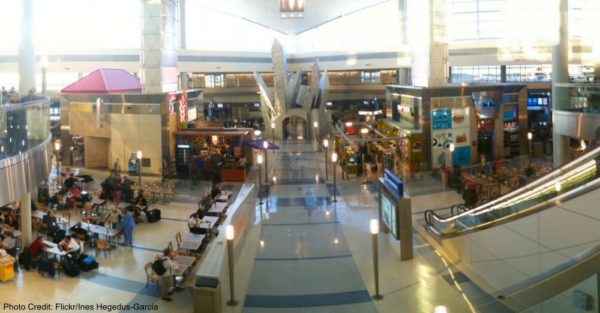 The man—named Will—repeatedly told her he was worried he’d miss his flight. Then it dawned on Murray that Will was probably on the autism spectrum.

“That triggered me to switch gears,” she explained.

She gave him “assurance about his flight time” and then called his mother—the person he was traveling to visit—to let her know what was going on. She learned that she was right: Will indeed had autism. After what she describes as “much back and forth with the airport medical team, his mom, …and American Airlines,” it was determined that Will needed to eat and drink something.

That was when Murry did something pretty awesome: she decided to delay her own flight so that she could have lunch with Will and ensure he made his flight.

Murry wasn’t the only awesome player in this story, though. She explains that everyone she worked with—from the police to the medical team to American Airlines staff—was incredible, acting with care and professionalism. Staff called Murry while she and Will were eating to give them a heads-up that Will’s gate had changed. Once he was at his proper gate, staff checked on him and ensured he boarded the flight safely.

Thanks to all these wonderful players in Will’s story, he was able to visit his mom for Christmas.

But that’s not what I love most about this story. To me, this story gives us a glimpse of what life would be like if everyone were autism aware. And by that, I mean not just knowing it exists, but knowing the symptoms like Murry did and acting accordingly. By that, I mean professionals going the extra mile and doing everything they can to keep people with autism safe and comfortable.

So here’s my challenge to you: help us make a world like this become a reality. Spread autism awareness as far as you can. Let’s make this exceptional story the new normal!