Autism and Age-Inappropriate Interests: A Guide for Parents

It’s not uncommon for people with autism to have so-called “age-inappropriate” interests—beloved toys, TV shows, movies, or other interests that were originally intended for younger age groups. For example, a 20-year-old man playing with LEGOs. Or a 16-year-old girl who still loves shows like Barney or Sesame Street. Or a college-aged student still preferring picture books to novels.

Some autism professionals raise a big stink about this. And while there are certainly good reasons for fostering “age-appropriate” interests in children, teens, and adults on the spectrum, the drive to totally extinguish these interests seems, both to me and other autism advocates, to be just another unhealthy attempt to “normalize” people on the spectrum—in the same way some try to stop people with autism from stimming, force them to make eye contact, or frown upon their special interests and fascinations. 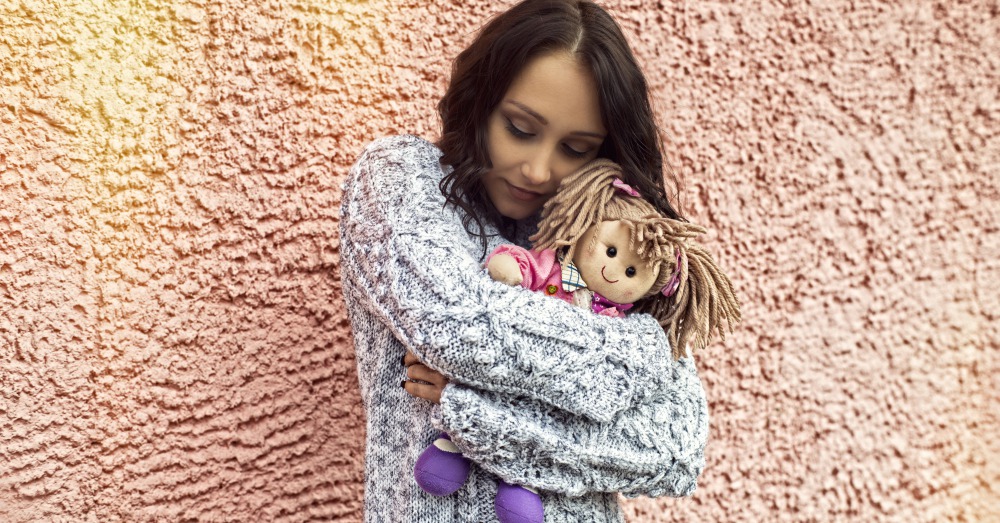 The Case for “Age-Inappropriate” Interests

Like the idea of “popular” or “unpopular,” the concept of age-appropriateness is subjective and arbitrary. Who decides what age groups should like certain things? When people “outgrow” things, as per the age ranges labeled on the box, does that mean they should be banned from those things for life? What authority do those labels have? Why do we need to police this?

Just because it was originally intended for younger ages doesn’t mean it should be off limits to older children and adults who are interested in it. I love what one autism self-advocate had to say about the subject: “There is nothing age-inappropriate about liking things.” Their dignity as older children, adults, and human beings is not undermined. It just means they like something, and that’s totally okay!

Still not convinced? Take a look at the countless neurotypicals in our society.

Do you know how common it was among my high school peers to be obsessed with animated Disney movies? Call it 90s kids nostalgia, but it was a such a thing it was actually somewhat trendy to love Disney. I loved and watched Spongebob all the way through high school and partway into college, and I was far from alone in that. Lots of people sleep with teddy bears or other stuffed animals well into their twenties. Think of the “nerd” culture, and the way fully-grown adults will cosplay—dress up as their favorite fictional characters—and go to conventions or collect “toys.” Disney World has packages for couples on their honeymoon. I still remember when a popular girl in my high school brought in a Hannah Montana blanket to snuggle with during class. And how about Pokémon, including the Pokémon Go movement? Wildly popular among teens and adults, right? And don’t even get me started on the “Bronies.” Don’t even. 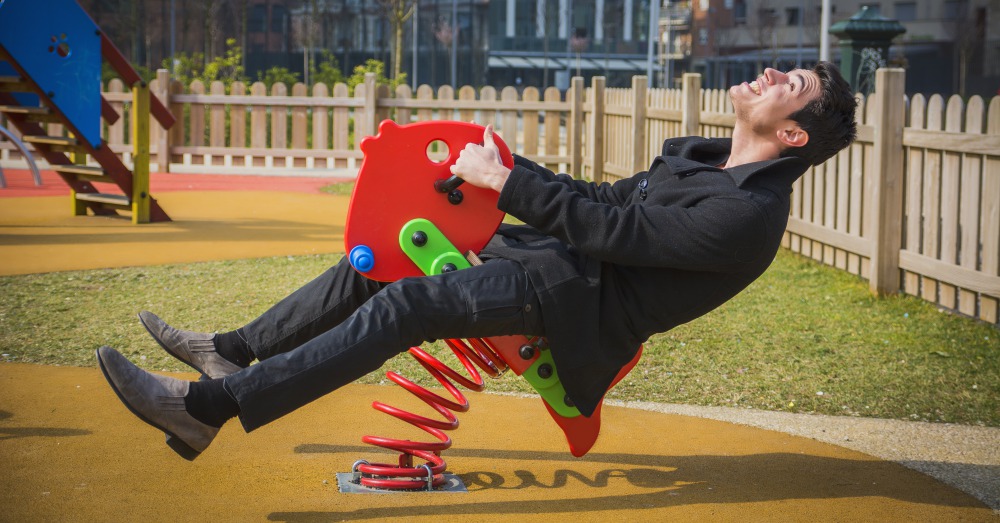 I could go on and on and on forever with examples of this. In fact, it’s so common for neurotypical adults and teens to have so-called “age-inappropriate interests” that I’m going to be very bold and frank here: I think we’re discriminating against people with autism by so severely pathologizing their “age-inappropriate” interests. Sure, it may be unusual for a 10-year-old child to love Barney and Thomas the Tank Engine. But the reality is, “age-inappropriate” interests in and of themselves are not uncommon. We all have our interests. We all have things we loved as kids that we still love. We all have things that bring us joy and comfort, and sometimes those things were originally intended for younger children.

That’s another thing: even if “age-inappropriate” interests weren’t as common among neurotypicals, these interests are a source of comfort for those with autism. They entertain. In a world rife with confusion and sensory overload and exhausting interactions with others and strides to “pass” for neurotypicals, people with autism deserve to have things that give them comfort during their down time, just like anyone. If they genuinely enjoy something and it’s not causing them any personal harm or interfering with life, they shouldn’t have to conform to neurotypical standards in the comfort of their own home, or spend their free time in a “socially acceptable” way if they don’t want to (it’s called “free time” for a reason!).

The Case for Balance

While we don’t recommend entirely extinguishing “age-inappropriate” interests, there are, in fact, good reasons for introducing your child to other interests that are more “age-appropriate.”

First, it helps your child avoid bullying. Honestly, I hate this one and wish it weren’t a reason. I wish with everything I am that people with autism could just like whatever they like without needing to fear what others will think, say, or do. It breaks my heart to know that society is not yet at that point of acceptance. It kills me to know that people are cruel to those with special needs, simply because those individuals are different. Sadly, this is our reality. I hope that things will change someday, but until they do, this might be one reason to foster “age-appropriate” interests. 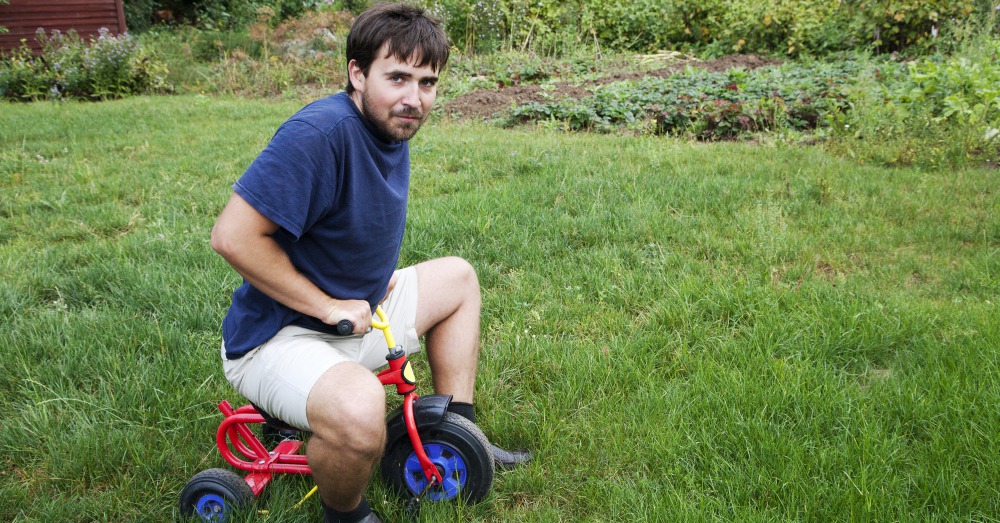 Second, introducing “age-appropriate” interests expands your child’s world and encourages growth. People with autism tend to thrive in sameness and routine. For that reason, it can be easy for them to get “stuck” in one place and avoid exploring and learning more about the world around them. As Temple Grandin often says, it’s incredibly important to give people with autism a “loving push” and gently pull them out of their comfort zone. They deserve to experience all this life has to offer, and introducing new things to them can help with that.

Third, “age-appropriate” interests give them a connecting point with their peers. If your child has an interest that others are also likely to have, that’s a fantastic talking point and a great way to encourage socialization and make friends. Just remember what I said earlier: there are plenty of teens and adults who enjoy things catered to children, like Disney movies, LEGOs, and other cartoons. You may be able to find groups that align with your child’s natural interests. And if so, that’s awesome! 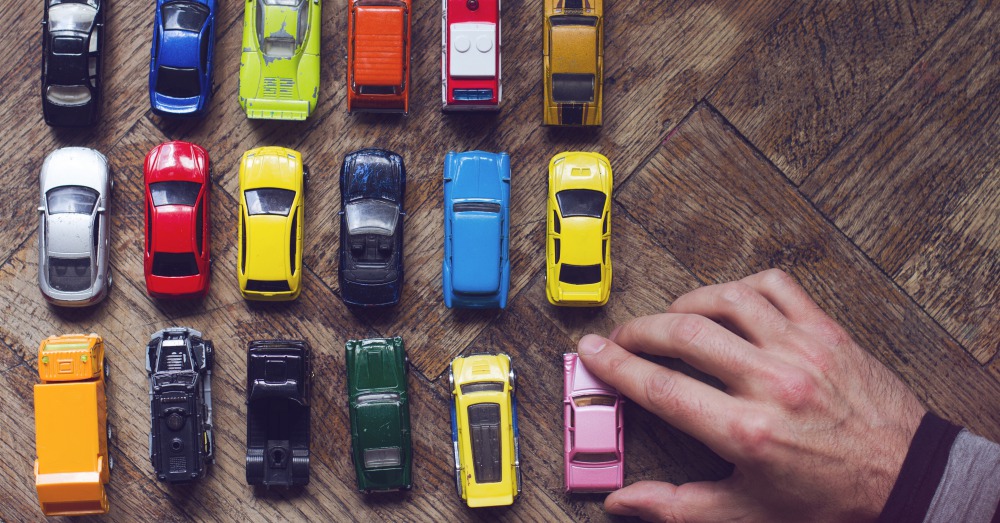 It can be difficult and uncomfortable for parents to see their teenage and adult children engaging in interests their peers left behind years ago. But parenting isn’t about making children conform or “appear” neurotypical. It’s about encouraging and supporting them to be the best person they can be. That means challenging them and pushing them to grow and develop, but it also means accepting and loving them as they are.

People with autism, regardless of age, developmental stage, or cognitive ability deserve respect and dignity, and though some people think that means forcing “age-appropriate” interests onto them, it might instead mean giving them the freedom to choose. And if they choose something “unusual,” well, who are we to say they’re wrong?