Meet Christopher, an awesome 10-year-old who is a HUGE fan of Adam Levine and his band, Maroon 5. He completes his school work every day while listening to their music, and he knows all of the songs.

Chris has Down Syndrome, but he doesn’t let that stop him from developing his love of music and learning alongside the other kids in his class. His positive attitude and passion for Adam Levine’s music is infectious. We can’t get the songs in this video out of our heads after seeing Chris’s love for them!

Chris’s teachers made this video showing Christopher creating his informational writing project about Adam Levine in the hopes that Adam would see it. They sent it in to a radio station to get a better chance of getting in touch with the actual band. But the chances were still so low…

Either way, Chris’s story was bound to inspire. Check out this adorable little boy as he shows off a sign for his favorite band and answers questions about them at a lightning-fast speed!

In this second video, we discover that the local radio station that originally caught wind of the story had contacted the band. The guys of Maroon 5 were touched by Chris’s dedication to their music and wanted to do something special for him.

When they came to town on tour, Maroon 5 invited Christopher backstage at their concert! He was so excited he had to lie down, so the band joined him on the floor! The experience may have been a little overwhelming for Chris, but it was also so worth it! 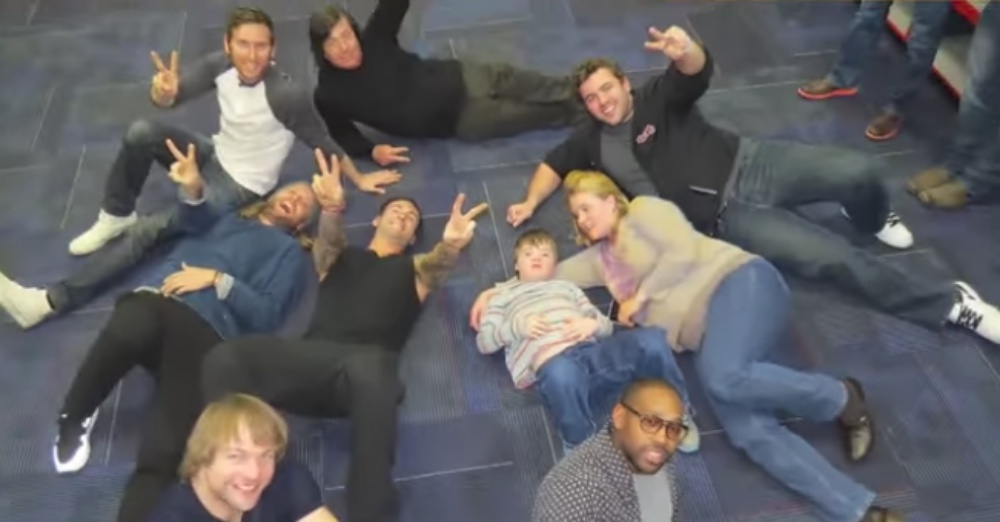 Now that’s a band that really cares about their fans. Check out the video below, which went viral for the touching story of some musicians who love to give back to their most dedicated patrons.