Results of This Study Show Why Autism Acceptance Is So Important

If you have been following The Autism Site Blog for any length of time, you may have noticed that we advocate very strongly not just for autism awareness but also for acceptance. We strongly agree with Temple Grandin when she said that people with her neurotype are “different, not less.” We believe in letting autistic people engage in behaviors that are natural to them, as long as they do not hurt themselves or others. We believe that people on the spectrum have dignity, worth, and deserve nothing less than our full respect for who they truly are.

And this isn’t just a “feel-good” attitude to give us the warm fuzzies. The importance of acceptance actually has scientific backing. 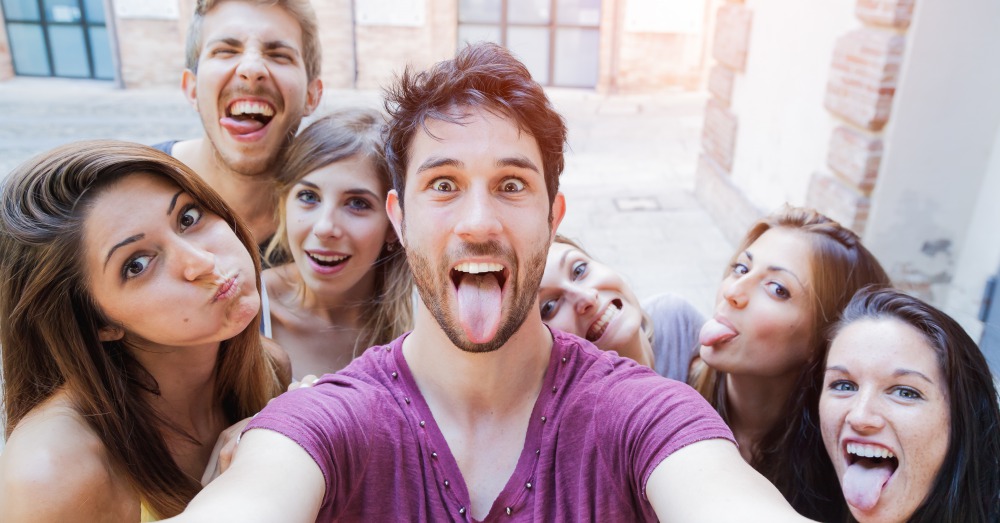 Researchers in the UK gathered together 111 “cognitively able” adults on the spectrum and surveyed them on their mental health in relation to their experiences of autism acceptance (or lack thereof).

You’d probably expect these two factors to be linked, and you’d be right. Those who felt less accepted were more likely to suffer from mental health issues.

It’s no wonder why; for many people with autism, the disorder is part of their identity—not the entirety of it, but still a significant piece of it. When a significant aspect of who you are as a person is rejected and treated as inherently flawed, that can be an enormous blow to your sense of self-worth, leading to anxiety and depression.

And sadly, in spite of the increased autism awareness over the years, many autistic people and advocates feel that acceptance is severely lacking. They’re not wrong, either. Research has found that neurotypicals’ first impressions of autistic people when meeting face-to-face tend to be negative. 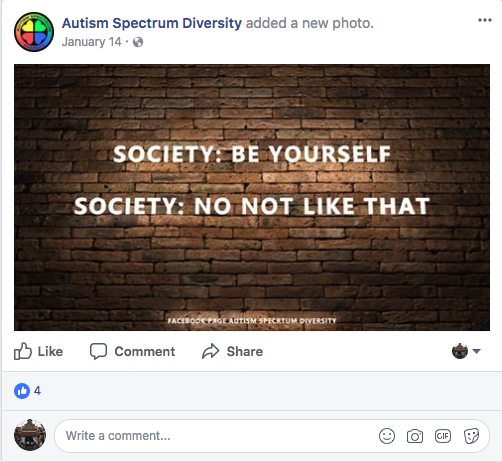 Additionally, the survey study also found that a lot of the participants were “camouflaging” their autism, or making themselves appear more neurotypical. Those who did this also tended to have higher rates of depression, likely because “passing” is cited as exhausting and stressful—not to mention what one participant said: “I mask so well that I am accepted, but not for being autistic.”

So feeling unaccepted—or feeling accepted only when acting like someone they’re not—may be at least part of the reason why those with ASD are more prone to depression and anxiety than their neurotypical peers. And that makes acceptance all the more important, as it contributes to these individuals’ health, wellbeing, and even safety (due to their risk of suicide).

So yes, let’s spread autism awareness. But please, let’s also spread acceptance. Our loved ones on the spectrum both need and deserve it.